Linen and Lace One of the greatest economic migrations was the movement of people from Ireland to North America in the late 19th and early 20th centuries.

My art project, "Linen and Lace" was a traveling exhibition through County Cavan on a Double-Decker Bus. I wrote four alternative accounts of the family history of Owen Graham, a "Cavan Man". He immigrated to the United States in 1891.

I created the four short stories to let the public decide and vote on which cultural origin my grandfather had. Was he of Irish, Welsh, Scottish, or English?

I created two other installations with the Linen and Lace works. First, I transformed my university office at VCUQ in Qatar into an environmental work of art.The students loved it and made lots of office visits.

Later, I installed another room environment in Sharjah, United Arab Emirates for an International Exhibit, "Women & Art A Global Perspective 2005. Scroll Down 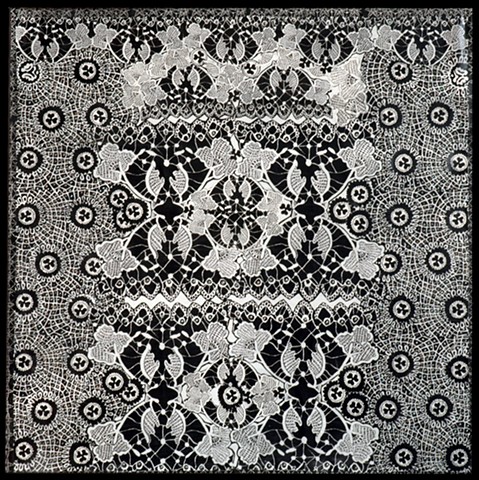 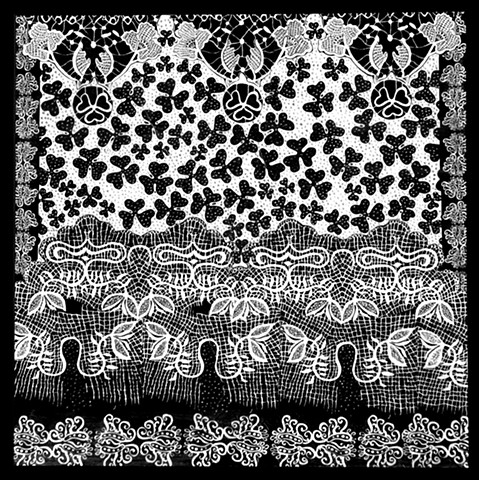 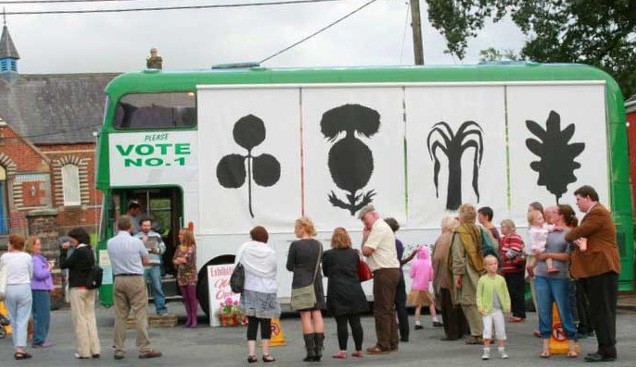 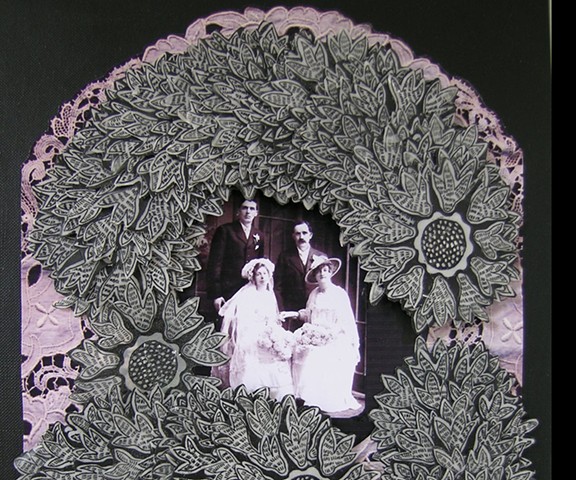 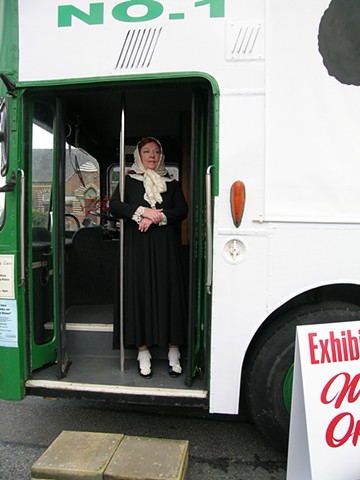 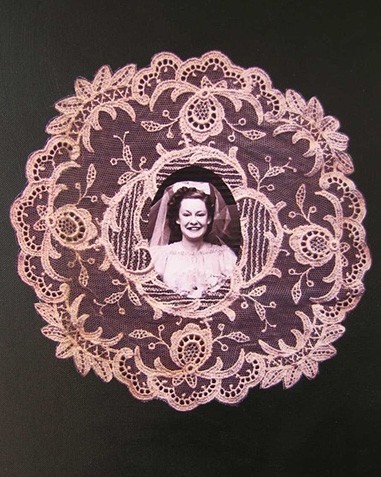 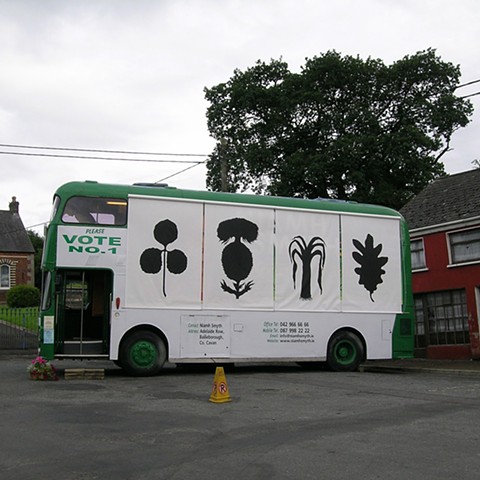 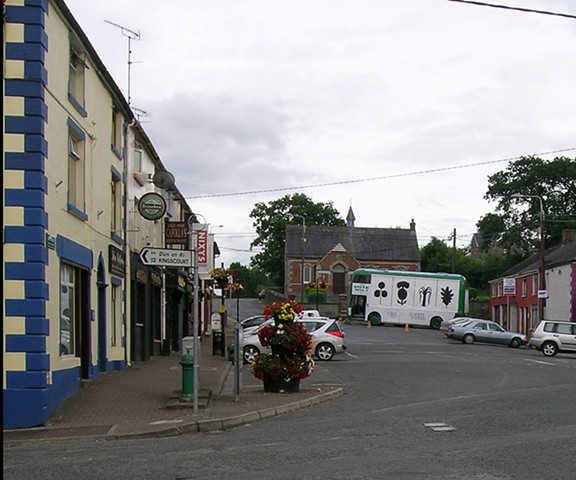